Financial markets started 2021 in strong form but lost some ground in the final week of trade.  Covid-19 vaccines continued to be developed, and inoculations continued to be administered to front line workers and the elderly.  A light at the end of the tunnel helped stabilize sentiment even as specific geographies imposed further coronavirus lockdown measures.  A Democratic sweep in the Georgia Senate seat run-off election gave the Democrats a slim majority in Congress and increased another fiscal stimulus tranche’s likelihood.  The win also opened the door for President Biden’s green initiatives, which bolstered electrical vehicle issues and other alternative energy companies.   Economic data continued to be mixed, and the January Federal Reserve meeting was as expected. 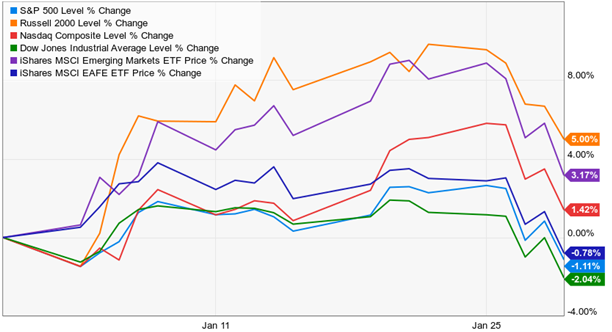 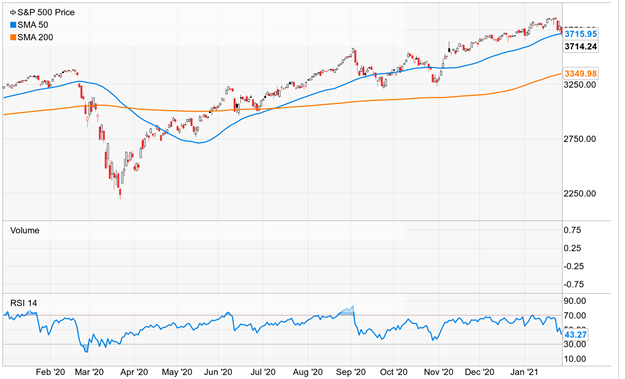 Investor’s risk appetite continued into the New Year as vaccinations were put into more arms and on hopes that more stimulus would be coming down the pipe.  Logistics around inoculations were criticized throughout the month with efforts not living up to what had been promised.  Shortages of vaccines and the lack of proper healthcare workers/facilities available and in place were reported on often.  Despite the hang-ups, the rate of infections across the globe slowed later in the month. The slower pace of infections was most likely due to the additional lockdown measures that continued to hinder the global workforce.

Here in the US, job creation in January was slow but a bit better than the negative Non-farm payroll number seen in December.  The weak data from initial claims and continuing claims for some validate calls for more stimulus.  The Georgia Senate run-off race provides a slim Democratic majority in Congress that increases the likelihood of more stimulus.  The Biden administration has outlined another 1.9 trillion dollars “American Rescue Plan” that will put another $1400 in direct payments to US households.  The Federal Reserve’s January meeting was as expected.  The Fed left the Fed Funds rate unchanged at 0-.025%.  Fed Chairman Powell continued to call on Congress for more fiscal stimulus and commented that recent strong market action was likely due to positive vaccination developments and on the notion that more fiscal stimulus was coming.

The information in this Market Commentary is for general informational and educational purposes only. Unless otherwise stated, all information and opinion contained in these materials were produced by Foundations Investment Advisers, LLC (“FIA”) and other publicly available sources believed to be accurate and reliable.  No representations are made by FIA or its affiliates as to the informational accuracy or completeness.  All information or ideas provided should be discussed in detail with an advisor, accountant or legal counsel prior to implementation. No party, including but not limited to, FIA and its affiliates, assumes liability for any loss or damage resulting from errors or omissions or reliance on or use of this material.

The views and opinions expressed are those of the authors do not necessarily reflect the official policy or position of FIA or its affiliates.  Information presented is believed to be current, but may change at any time and without notice.  It should not be viewed as personalized investment advice. All expressions of opinion reflect the judgment of the authors on the date of publication and may change in response to market conditions. Due to rapidly changing market conditions and the complexity of investment decisions, supplemental information and other sources may be required to make informed investment decisions based on your individual investment objectives and suitability specifications. You should consult with a professional advisor before implementing any strategies discussed. Content should not be viewed as an offer to buy or sell any of the securities mentioned or as legal or tax advice. You should always consult an attorney or tax professional regarding your specific legal or tax situation. Investment advisory services are offered through Foundations Investment Advisors, LLC, an SEC registered investment adviser. 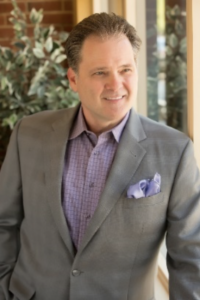